Today, I’m going to be talking about how a girl’s mind works when she’s in a fight. After learning about these 3 stages that most girls go through in a fight, you’ll be able to incorporate some epic realism into your girl characters when you write your fight scenes!

To start, let’s ask this question: Aren’t boys supposed to be the fighters?

It’s true. Boys are the fighters, and most all girls would rather not be fighting at all (although there are definitely feisty girls out there). Boys are simply more capable than girls to get stronger, and to be more aggressive-they easily have a lot more physical advantages than girls could ever have.

And so this makes it very interesting when girls do fight.

See, at first, the majority of us girls will try to avoid physical contact in fights as much as we can, because we realize that we just don’t have the build or strength for that. So, what do we do instead?

We forgo the physical fight first. Instead, we begin by attacking with our words. In a fight scene with a girl, she’s going to first talk her way out of it, or talk down her opponent rather than jump head-long into a fight, especially if it’s against a boy or man who has a stronger build than her, and therefore someone with a higher advantage to win.

I’m a LOT more knowledgeable in the ways of a girl seeing as I AM one, but I think it makes sense that a boy would rather get rid of the threat immediately by physical force, whereas a girl would want to weaken or defeat the threat without physical contact, because it isn’t their strong suit.

Let’s say there are four characters, a boy and three girls who are travelling together on a train. They’ve seen each other around on the train, but they aren’t friends. They also know that there’s a large group of orphans being taken to an orphanage.

Anywho, the train gets stopped and they get surrounded by a group of bandits in search of money. The boy raises his fists, and falls into a defensive pose-he wants to fight, but he’s not stupid. It’s 5 against 1.

The girls, instead of joining the boy, gathers the orphans up protectively behind themselves and then they stand in front of them, guarding them with their lives.

What are we seeing here?

We’re seeing the stage that I’ve heard been called the ‘Tend & Befriend’ stage. Here’s a snippet from Fight Write by Carla Hoch about what’s going on here:

“Oxytocin, while it can send a female into a rage, also tells her body to remain calm and still to keep her offspring from danger.”

The girl’s first instinct is not to fight because she first decides to tend to the children. Fighting would leave the children in danger, and as girls we’re not going to let that happen.

The befriend part is only for when there is a group of females fighting or guarding something.

Even though the three girls weren’t friends, they banded together and protected the children as one. The danger gives them a shared bond together. After the fight, they don’t need to suddenly be best friends, but in a fight they share a strong bond with each other, and it doesn’t matter whether they’re friends or not.

So! If there is someone helpless (example: children or a wounded friend) when a fight breaks out, if there is more than one girl they will generally band together and protect the helpless character(s) before reverting to physical fighting.

Stage Three: How Girls Fight When The Time Comes

She’s run out of options. She’s tried to talk her way out of it, she’s tried to protect those that she can, but then the enemy charges, baring a knife.

She has no choice left to fight.

So, here’s the question we’re probably all wondering now: How do girls fight?

Boys punch and kick, but girls claw and tear. Essentially? If we need to, we can become wild beasts. We don’t need years of epic martial arts training. As stated in the book Fight Write, we fight like a ‘cat’, which I’m sure gives you a pretty good mental picture of what we might end up doing.

To be fair, this scenario is when a girl doesn’t have a weapon. For weapons, you need to train to use them, but a girl can skillfully run into a battle and cut down enemies just as well as boys can if they have the right practice.

The key here to remember is that girls are not masculine and built for battle because they’re not boys.

If we quickly go through the stages to avoid the fight and the time comes to fight, we won’t hold back.

What if the enemy charges my characters first thing? How is my girl character supposed to verbal attack?

Answer to this is that she won’t. She’ll only try to talk her way out of it if she a) knows it’s possible to defeat the enemy with words, or b) does it as a last resort-right before she might be about to die, or before the enemy tries to hurt any defenceless person she’s protecting, she’ll try to talk the villain’s mind out of doing it.

Instead, proceed to stage 3 where she’ll have to just fight her way out.

What if there’s no one to protect?

Then proceed to stage 3. There are lots of fights that happen with only a few characters who know what they’re doing, and there doesn’t always need to be a helpless person caught in the middle of fights every single time.

What if my girl character is a born fighter?

I think the only reason a girl character would be a fighter who likes to fight depends solely on her background-who raised her, how they raised her, and what environment she was raised in.

Still, if you give the correct support for her background and she likes to fight, then by all means have her leap into the fight. Just don’t write her like a boy, because she isn’t one.

Fight scenes are definitely a darker topic to talk about, which is why I think there aren’t many guides on how to write them. Still, fight scenes come up a lot in books, and I believe it’s super important to understand how to create them correctly.

Just subtly slip these stages quickly into your writing when you have a girl fighting in a fight scene. This’ll add so much more realism into your fight scenes without the reader even realizing how true it all is.

*Note, these are just general guidelines. Even if your girl character doesn’t verbally fight and then protect that doesn’t mean all your fight scenes are suddenly not realistic. I simply thought it’d be interesting today to delve into a little of how a girl’s mind would generally work in a fight-scene scenario, and with the help of my book Fight Write this is what I came up with!

Have you ever thought about how a girl fights differently from a boy?

Did these tips help you?

I hope you enjoyed this post! If you have any questions or thoughts, leave a comment down below. 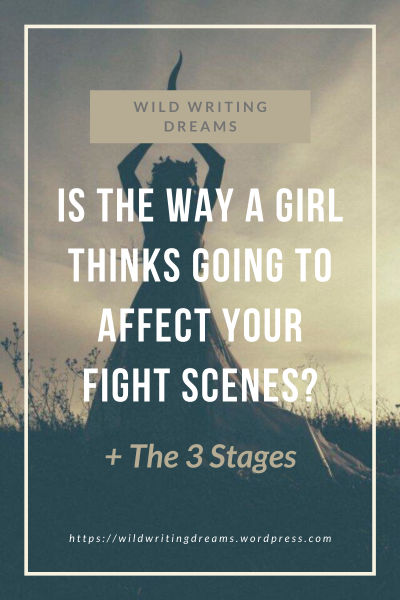 I'm a sixteen-year-old positive blogger, aspiring author, and chocolate eater! I aim to help and inspire you in your writing process by sharing fun posts with useful writing techniques (with lotsa humor and gifs!) to make your writing even more awesome! View all posts by Mary

15 thoughts on “Is the Way a Girl Thinks Going to Affect Your Fight Scenes?”

Hi, I’m Mary! The Crazy Person Who Runs This Party

Welcome to my blog/the place of parties!

This blog is all about inspiring others by sharing writing advice, helping writers stop dreaming and start doing, lots of GIFs, lotsa humor, (can’t forget chocolate though I’m not sure where that comes in exactly) and LOTS of fun! 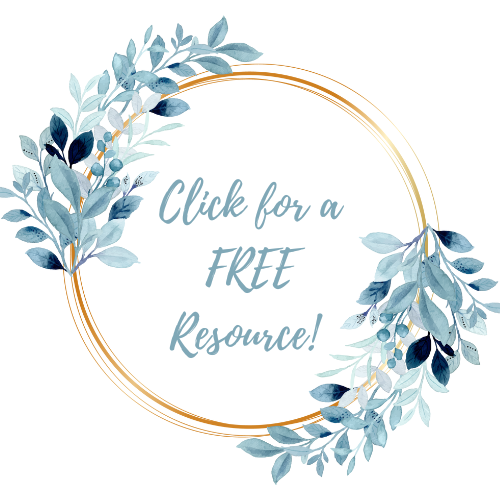 Copyright © Wild Writing Dreams 2018-2022. Please do not replicate any of the images, written content, ideas, or words on this site without written permission from the author.

*Note: I do not own any of the featured images, or the ones on my graphics, as well as most of the GIFs. I do try my best to give credit to where I find them, though.